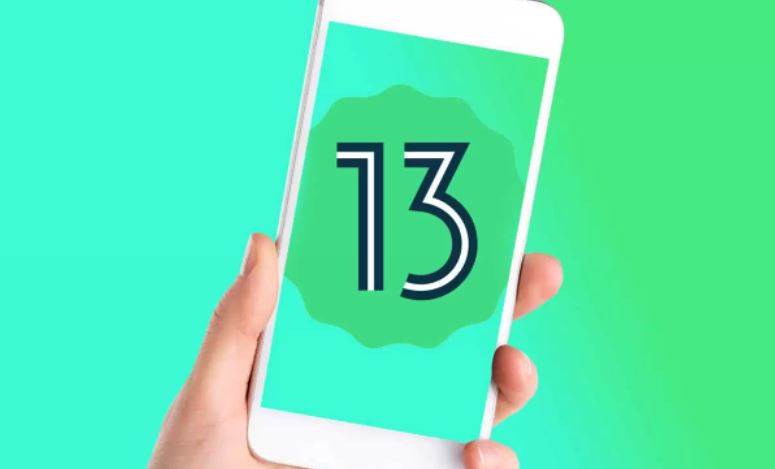 When was Android 13 release

The first Android 13 beta is now live. It has a few notable changes, including opt-in Push notifications, new media file permissions, and improvements to audio routing APIs. For more information, head to the Android developer site. You can also read about pixel-validated Generic System Images (GSIs), a new way to manage media on your device. Read on to learn more. Interested in trying the new version?

Push notifications will now be opt-in

While Android users will still be able to receive push notifications from their favorite apps, the new system requires that the users opt-in to receive them. This means that any brands that fail to optimize their apps for the new OS risk losing a large segment of their audience who have turned off push notifications. Brands should also stay abreast of new updates to the operating system to avoid getting left behind.

When was Android 13 release

The change to the push notification system in Android 13 will affect the way apps make use of the feature. Previously, Android users did not need to explicitly ask for permission to receive push notifications. Their apps automatically opted them in. This meant that developers and marketers focused more on discouraging users from opting out than on improving the content of their notifications. For these reasons, Android developers and marketers are now working to improve their opt-in rates.

Lastly, the Android 13 beta will now allow developers to use custom tile templates. These tiles can be added to the quick setting section of the notification shade, and can be prompting by the app itself. Google has also added a new color theme to the Android interface called Material You. This means that users can dress up their phones’ interface with a consistent colour theme. Keep in mind that Google retains control over its own apps, so third-party apps may not support the theme.

After the release of Android 12 beta, Google has added another feature to its system: a new lock screen layout. The lock screen clock now switches to a single-line layout when new notifications arrive, and back to double-line when they are cleared. This new feature was requested by a large segment of Android users. The change is expected to come to Android 12.L as well. But before you update, make sure to get the latest Pixel build from Google.

Android 13 introduces granular permissions for media files. Previously, apps needed to have access to the user’s media files and external storage to function. Now, apps can only access the media they are granted permission to, with a single dialog box showing them the available media types. As a result, Android apps targeting Android 13 must migrate to the new media permissions. But if you have any questions, read on!

The new Android 13 beta has a few developer-focused changes. Among the most notable of these are more detailed media permissions, a photo picker, and Bluetooth LE audio and MIDI 2.0 over USB. Though all these features were present in previous betas, new permissions for media files are now available. Furthermore, developers should be aware of error messages related to key generation. All of these changes should improve overall security on your device.

New permissions for media files are another feature of Android 13 beta. The new version of Android lets apps access media files by providing them with additional permissions, including the ability to read or write only specific file types. Other new features include error reporting, KeyMint, and KeyStore, which allow developers to customize encryption, signing, and key generation. And there are more features to look forward to. This Android 13 beta has many features you should check out before upgrading to this version of Android.

Another important change is the addition of retry keys. These are used to recover failed attempts of encryption. Android 13 uses Keystore and KeyMint to store cryptographic keys, which allows developers to generate better retry keys. You can download the Android 13 beta by enrolling your phone in the developer preview. Hopefully, Google will release an update soon. There’s a lot to look forward to.

New permissions for media files in Android 13 Beta 1 allow developers to set the rights that an app can grant and read for itself. They’re designed to ensure the best possible quality of the experience for users. Users will see significant improvements in their Pixel phones after updating to this new Android beta. You can even upgrade your phone to the latest version if you want to stay in touch with Google and the company’s development.

The new AudioManager class in Android 13 Beta 1 contains improvements to audio routing APIs. This new API allows developers to retrieve a list of possible devices and draw attributes of those devices to determine their playback capabilities. With this new API, musicians can create their own audio applications on their phone and easily play music on the go. You can download the beta version of Android here and begin testing it now! Continue reading to learn about some of the new features and improvements in Android 13 Beta 1.

New notification permissions and MIDI 2.0 over USB support are among the new features in Android 13. Developers will also benefit from improved security and privacy features, as well as better new audio routing APIs. Other features of Android 13 Beta 1 include granular media file access permissions, a photo picker, notification permission, and improved capitalization. Ultimately, these updates will make Android even more secure for mobile devices.

Audio-routing APIs have undergone some improvements in Android 13. This update brings support for a larger number of sound formats, such as LPCM and WAV. The audio routing APIs can handle up to 256 channels. This is a big step forward, and will help developers create better audio applications on Android. While there are still a few major issues with audio-routing in this new version of Android, the changes are worth trying.

Google has also announced a public beta for Android 13. To test the new OS, you must have a Pixel device and have a developer account. You can also use an Android emulator to test Android 13 Beta on a non-Pixel device. However, it’s a good idea to make sure your phone is compatible before downloading the beta. This way, you’ll have a chance to see what new features Google is planning to introduce in Android 13.

Google’s Android team has announced the availability of Android 13 Beta 1 for compatible Pixel devices. Beta 1 will bring a number of improvements including notification permission, theme app icons, tile placement for quick settings, and audio. All these features and improvements are intended to help developers create better apps and improve the overall experience for their users. So, download the Android 13 Beta 1 beta today to get a head start on creating great apps.

In the Android 13 beta, Google introduced a new feature that will allow developers to test and build their applications on non-Pixel phones. This new feature is called GSI, or Generic System Images, and it provides stock Android functionality on non-Pixel phones. Google has posted a list of known issues with GSI ROMs on its website, and it can help you avoid any potential problems.

This new feature lets you install Android 13 beta on non-Pixel devices, including phones from Samsung and Huawei. Google offers Pixel-validated Generic System Images (GSI) for testing Android 13 beta on non-Pixel devices. These images are nearly identical to the versions designated for current support, using the same AOSP and GMS sources. GSIs are not yet Compatibility Test Suite-approved, but they do use the same GMS sources. Moreover, they are tested on Pixel 4 devices. Samsung has also offered GSIs with Android builds in development and UX attached to them, and this is what Samsung did for the Pixel. It is important to note that these images haven’t yet been released to the public, and that you should always exercise caution when testing them on your device.

Pixel-validated Generic System Images are optimized to work on most Android devices. They are compatible with Project Treble support and are compatible with the Android platform. In the Android 13 beta, you can download and install the new version of Pixel-validated Generic System Images using the same instructions as before. To download and install Android 13 beta, visit the Android Developers site and follow the instructions provided there.

To install Android 13 beta, you need to have Android 9 (API level 28) and an unlocked bootloader. There are three major GSI issues you may experience. You may experience no audio on your phone when using the integrated dialer or making a call. If you encounter any of these issues, please contact Google. The developer support team is working on a fix for these issues.