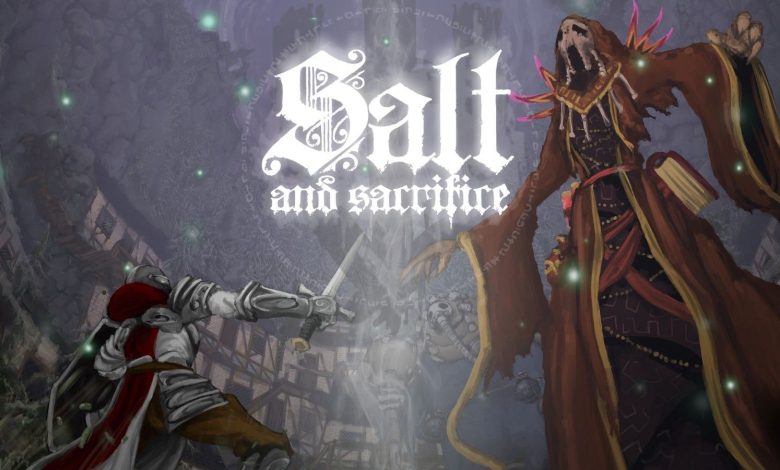 This Salt and Sacrifice Game Review will discuss several aspects of this action-RPG. We’ll cover Gameplay and Rules, Characters, and Graphics and Performance. But first, let’s talk about the Weapons! This game has tons of weapons! You’ll need to fight with katanas, bows, staffs, and more! Here’s a look at each.

For anyone interested in Souls-like experiences, Salt and Sacrifice is an excellent choice. The game doesn’t deviate too much from its peers, while still conveying the story and staying true to genre conventions. The game starts with a basic base of operations, from which you can buy supplies and gear, and level up your character. As you progress through the game, the camp expands with different vendors and NPCs that play distinct roles.

The game’s expansive camp system adds a loop to the gameplay, and is an excellent progression system. Players can easily move from one area to the next by completing objectives in other areas, and can also travel from one area to another by entering runes. While the map isn’t extensive, it’s fun to explore the smaller areas. There is a general feeling of exploration, but there’s no sense of a satisfying feeling to conquer an entire area at once.

In addition to dungeon crawling and completing quests, players will be able to interact with the world through treasure chests. They’ll also find a variety of skills, weapons, and covets. In addition to a combat system, Salt and Sacrifice features a 2D aesthetic with hidden traps and portals. A game of this nature is definitely not for the faint of heart, but you’ll definitely enjoy it!

If you’ve never played a multiplayer game before, then you may be wondering how it works. While the gameplay is largely the same, it features a few tweaks that make the game feel much more dynamic than other multiplayer games. The game uses traditional stats and a skill grid similar to Path of Exile. Several classes have sections of the grid filled in, which pushes players towards specific builds and playstyles.

The game is available for two players locally. To begin playing with a friend, you must first talk to Diedela, the game’s Runereader. After completing this conversation, you can create a character with the Cooperation Board, which will allow you to invite your friend to play with you. If you don’t want to invite a friend, you can set up the game for two players, with each player creating a character and loading it up. If you’d like to play with a friend online, the rules are the same.

In addition to combat, Salt and Sacrifice has a variety of environments. Each one has a distinct color palette. Dungeons and caves are usually grey or black stone. Other locations are more fantastical and scary. For example, you’ll have a dilapidated village next to a sopping swamp. This isn’t always possible, and sometimes physics throw a party off.

Players will experience a multi-faceted character creation process in Salt and Sacrifice. Creating your character will require several different actions, such as selecting a crime and customizing it. Each crime comes with an associated item that will give your character special perks and bonus items. If you want to know more about these features, you should read the Salt and Sacrifice character guide. During the game, players will also learn how to unlock all the character customization options.

The game offers a number of different combat options and includes a grapple device. Players will also be able to choose from a number of classes and develop their Arcana, Strength, and Resolve levels. Players will also be able to enjoy multiplayer options and share a screen with other players. Salt and Sacrifice features many aspects of role-playing games, including a storyline.

If you have been dreading the upcoming release of Salt and Sacrifice, then you may be wondering about the minimum system requirements. The game’s official website and Steam discussion community have some suggestions for addressing these issues. Follow these steps for a smooth game experience. If you encounter any issues with the graphics or performance of the game, make sure to read the following steps. This will ensure you have the right system to play the game.

If you’re experiencing crashes in Salt and Sacrifice, it’s likely that you have outdated graphics drivers. You can update your graphics drivers from your operating system’s official website. If you don’t have an official download of Salt and Sacrifice, you can download the Driver Booster software, which automatically scans your PC for outdated drivers and automatically updates them. If you’re still having issues, you can always try downloading the game from the official store.

A sequel to the popular game Salt and Sanctuary, Salt and Sacrifice will be available for PlayStation 4 and PlayStation 5 systems in 2022. This dark fantasy RPG game will feature challenging combat and RPG systems and eight playable character classes. Players will have to battle mages, monsters, and other evil creatures, and summon allies to aid them in their quest. This game will also feature local and online co-op, a summoning system, and a huge amount of customization options.

The game’s level design is similar to Monster Hunter. The player must track down the mages to complete a level and return to the boss area. This is similar to Monster Hunter, but Salt and Sacrifice features much more difficult jumps and levels. However, it’s worth noting that the Game Engine is more complex in Salt and Sacrifice than its predecessor. For this reason, players can expect a great deal of fun from the game.

Developed by Devoured Studios and Ska Studios, Salt and Sacrifice is the second game in the Souls-like platformer series. It will be released on PlayStation 4, Xbox One, and PC through the Epic Games Store. Players will explore a dark fantasy world where they’ll fight demonic mages and craft gear. But as they do, they’ll have to watch out for invading forces from another dimension.

The other platforms will be available when Salt and Sacrifice launches. The PlayStation Store will release the game at midnight ET on May 10 in your region. It will also release at 9 PM PT/12 AM ET on the day of release on Xbox. There are no other plans yet for a game that will be exclusive to a single platform. The game will be available on PS4 and PC in the United States and Europe, but it’s still unclear when it’ll be released on the other platforms.

The multiplayer feature of Salt and Sacrifice is a big plus. You can play cooperatively with your friends or against them. You can even play as different factions as long as you have a saved game on each platform. This makes it easier to grind for stat improvements in a multiplayer setting. You can also play with your friends in local co-op with a second player on the same console.

This next game in the popular Salt and Sanctuary series will be released on May 10, 2022. The Altarstone Kingdom is under threat from Corrupted Mages, a powerful group of creatures that can manipulate elements in chaotic displays. You play as Marked Inquisitors, and your mission is to slay these Mages and purify the Altarstone Kingdom. However, the price of the game is still unknown.

Developed by Ska Studios, Salt and Sacrifice is an action RPG game that combines classic 2D gameplay with souls-like features. This game offers a brutal single-player campaign that is rich in character customization, challenging enemies, and an expansive inventory of weapons and armor. It also includes a password system for added security. Despite its price, you can get the game for less than $20 USD on the Epic Games store.

The game will be released on May 10th, 2022, on the Epic Game Store. This release time is one day ahead of the actual release date, as it is scheduled to arrive at 12 AM local time on that day. However, the price US$ and Availability of Salt and Sacrifice Game differ from country to country. If you’re interested in purchasing this game, check out its review and trailer.

This 2D Soulslike RPG has a Metroidvania-style exploration and boss encounter mechanic. It also features expansive combat systems that can be a bit tedious at times. In this review, we’ll take a look at some of the most notable aspects of the game. Salt and Sacrifice is due out for release on May 10 for PC, PS4, and PS5.

The game is set in a world ravaged by Mages, who once ruled. Sadly, many have succumbed to their elemental malice and have become obsessed with power. In response to this growing threat, the kingdom has established a “Marked Inquisition” of condemned prisoners charged with destroying all magic. While the gameplay is similar to Souls, Salt and Sacrifice adds an arch to its world-building system.

Although this game doesn’t have the depth or replay value of Souls, its solid gameplay will keep soulslike fans diving into its world. The enemies in Salt and Sacrifice are hard to beat and the combat can be frustrating at times, but it’s worth checking out. If you’re a fan of 2D action games, Salt and Sacrifice is well worth the wait. The game’s art style is striking and its characters are memorable. It’s not a game for the squeamish, but it’s definitely an enticing game.