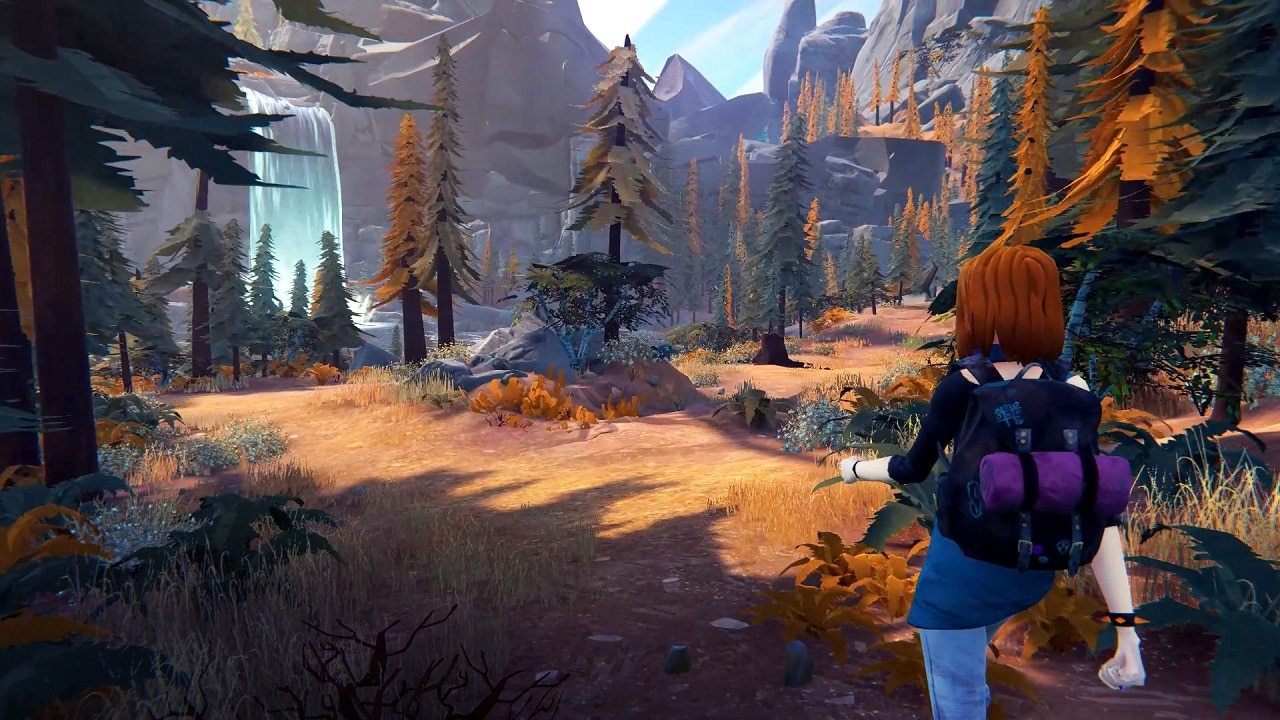 When I read Road 96 reviews, I try to keep things as unbiased as possible. The game is centered around teenagers who want to flee an authoritarian regime, but it does have subtle ties to current events. With the multiple refugee crises and political upheaval, crime, and disease plaguing the world, it seems fitting to use this as a metaphor for a baby’s first revolution.

While most RPGs feature a life-or-death scenario, Road 96 has a much more lenient approach. You must tread lightly in order to keep certain characters on your side, as well as propagate your political beliefs. That said, there are many side activities to enjoy. For example, you can help a policewoman with an investigation, eliminating suspects based on their responses. It’s a fun side activity, and the player can even choose to play as a character. 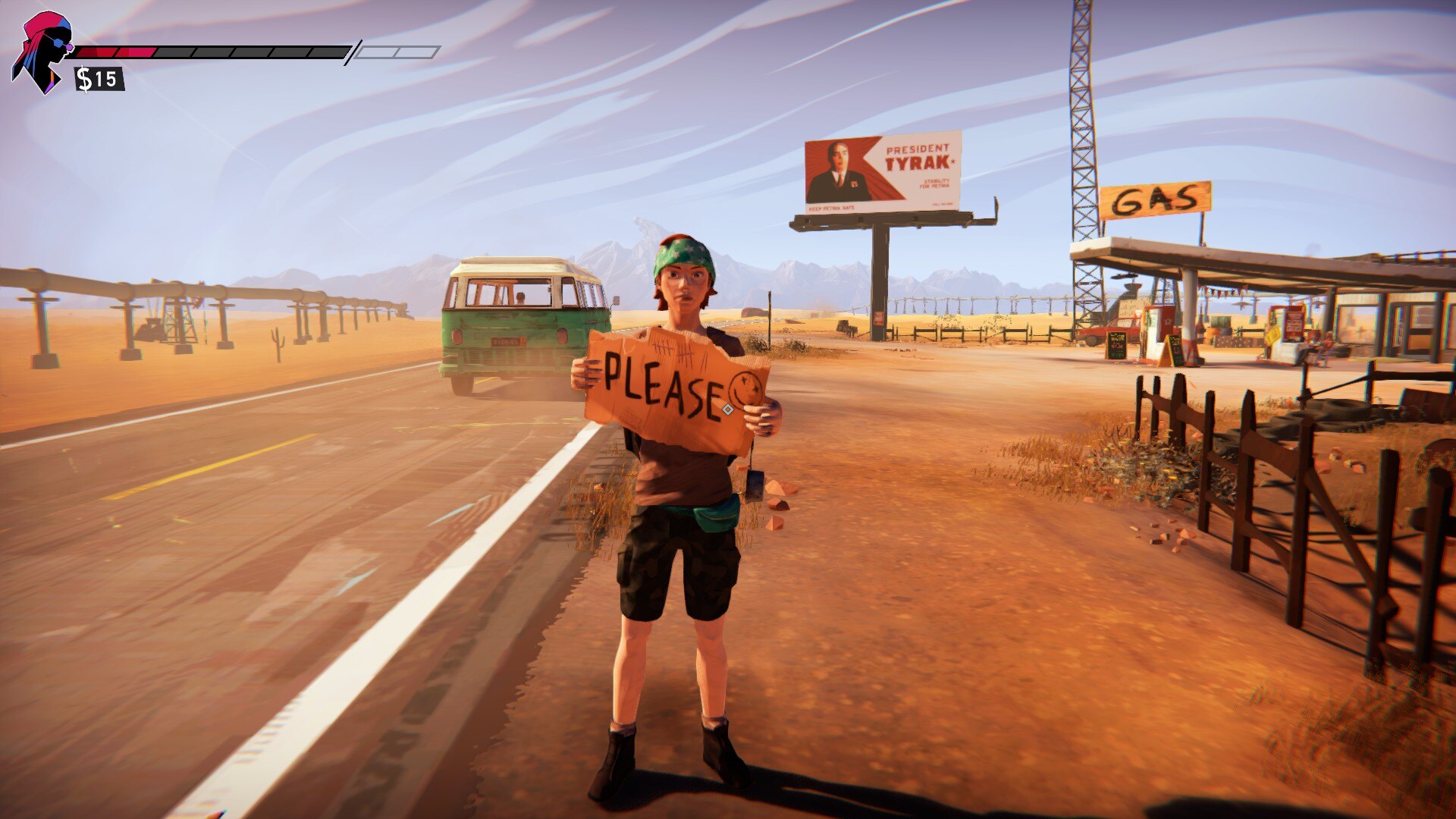 Although Road 96 isn’t a traditional roguelike, it has a story that feels fresh and unique. Its narrative is extremely story-driven, and you’ll have already completed 90% of the game’s story by the time the credits roll. However, you can always go back and play it again to see what you missed the first time, thanks to the New Game+ option. You’ll also be able to replay levels for the characters’ arcs, which can vary from playthrough to playthrough.

While the narrative and characters of Road 96 are well-developed, the game suffers from bloat and a few other flaws. As a result, you’ll find yourself spending most of your time navigating a series of once-off mini-games. However, there are many redeeming qualities that make the game well worth a look. Here are a few things to keep in mind.

Firstly, this game is very much a tribute to road trip movies. It was developed by a small indie studio of 15 people during a pandemic. The result is a game that balances heavy political motivations with more human moments. While most big-name games are delayed due to pandemics or other emergencies, small-scale indie game studios are usually able to make fast decisions.

In terms of setting, Road 96 takes place in a fictional country called Petria. It’s sparsely populated and its highways are lined with dives, drive-ins, and diners. While Petria is in the throes of political turmoil, most citizens own guns and are actively engaged in politics. Moreover, the news is filtered by an “independent” broadcast network that is a little corrupt.

The Road 96 Game Story and Characters are a unique feature of this indie RPG. The game is an innovative narrative experience that involves seven main characters and a non-linear narrative strand. The story is told in drip-feed sequences that build three-dimensional characters. As you progress through the game, you’ll discover more about the characters and their personalities. However, the game is also prone to repetitive moments, especially when you’re playing a second time.

The Road 96 Game Story and Characters consist of eight characters that are all interconnected and have different perspectives on fascism. Each character has their own unique personality and is defined by their desires. Players can meet and interact with each of them at different points in the game. Because the characters are delivered in random order, you may not get to meet them all during one playthrough. However, their individual stories make for a rich story and compelling characters.

The Road 96 Game Story and Characters are the key to enjoying the game. The game takes place in a fictional country called Petria, which is undergoing a period of political turmoil, due to the upcoming presidential election. The game focuses on a different protagonist in each of these scenes. The different characters all share the same goal: to reach the border and escape the country. As a player, you’ll have a number of different choices to make along the way.

For the best performance in Road 96, you need to update your graphics card driver. If you encounter problems with the game, your graphic card’s driver may be outdated. To update your driver, you can visit the website of the hardware manufacturer. Alternatively, you can download a driver booster from IObit and set the program to fetch updates automatically. If you are experiencing issues with FPS, you can also try updating your driver from the website of the game’s publisher.

Graphics and Performance of Road 96 should be considered one of the game’s best features. The game’s graphics are a bit on the basic side, but they don’t make up for this. The game has a variable-speed gameplay and engaging characters. While the action doesn’t come in constant bursts, you can still enjoy it without worrying about it being repetitive. The message is subtle and discernible. The game is a must-have for any fan of procedurally-advancing adventure games.

Ravenscourt, the game’s publisher, announced that Road 96 will release in August 2021. The company also revealed a new documentary about the development of the game, directed by Danny Fonseca and Florian Gallant. This doc explores the journey of creating the game, from prototypes to the actual game. It is set during the COVID-19 pandemic, so there are many references to the period.

Although procedurally generated games are unique and offer a unique experience, they have a few limitations. Inroads into the storyline can be too limited if procedural generation is used. A good example of a story-driven game is Road 96, a game set in the Summer of 1996 that follows the journey of a young man fleeing an oppressive regime. The game’s cast of diverse characters provides a unique gaming experience.

The game is divided into two types of scenarios: one with a pre-determined location, and one with random locations. Some scenarios begin at random locations, like a diner or gas station. Others begin at major political rallies, revolutionary camps, or even a cheap motel. Both types of scenarios use the same game engine, but they are played in a first-person perspective. Players can interact with their cursors and can only accumulate one item at a time.

The storyline of Road 96 is inspired by the Coen Brothers’ films and the works of director Quintin Tarantino. In addition to a realistic, yet humorous, setting, Road 96 is also a game about moral ambiguity and tough decisions. As you play the story, you’ll find yourself confronted with danger and oppression, as well as difficult decisions that will affect the outcome of your future.

Road 96 is a Nintendo Switch adventure game. It is set during the Summer of 1996, where you play as Alex, who is on a quest to escape a country in turmoil. The game features a variety of characters that you must choose from, as well as several challenging missions. It’s an excellent choice for those who love to spend hours playing a video game, and it’s sure to impress. To get a head start on Road 96, check out the trailer below.

Road 96 is a procedurally generated game. It features high-quality visuals and an amazing soundtrack filled with 90s hits. Road 96 is an exciting adventure game, and you’ll want to know when you can get your hands on it! You can get your hands on a copy of the game this August by visiting the website below. You can find all the latest updates on Road 96 price and availability, and pre-order the game if you’re excited to try out the demo.

The game combines procedural generation with narrative and a few other modern videogame elements. However, it does have a few problems. One of these is that players can get different views of certain scenes. For instance, one player may see a highway chase between Stan and Mitch until the eighth day, while another player will never see the connection between John and Fanny. This problem arises because the game is procedurally generated.

Another problem with Road 96 is the inconsistent and reductive style of its storytelling. While the game makes some excellent points, the underlying storyline often feels stale and uninteresting. Unlike many other games, the story is a bit slow to catch up to its pace, and the premise feels out of place in certain circumstances. However, the story is still entertaining and the characters are compelling. In addition, the storyline focuses on a number of characters who are often unrelated. The realism of this game isn’t limited to the main characters, as there are eight others as well.

Another problem with Road 96 is its frustrating performance on the Nintendo Switch. While the game does not have a great visual style, it is still enjoyable. Its atmospheric environment, involving cast, and soothing soundtrack make it a great time for a game, whether you’re into action or just relaxing with friends. However, the game’s performance on the Nintendo Switch isn’t great and can take a long time to beat.