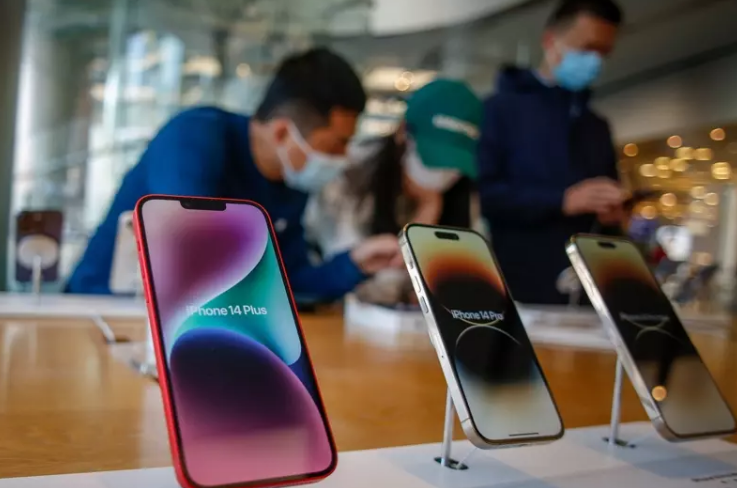 According to UBS analysts, the production of Apple ’s smartphone iPhone 14 series this year may be 16 million units less than originally expected . Demand is weak.

UBS analysts cut overall iPhone 14 production to 76 million units in the second half of 2022 from an original estimate of 92 million units, a 20% decrease from the same period in 2021, Bloomberg News reported. The production estimate was lowered due to production disruptions faced by Hon Hai and softening demand for the lower-end iPhone 14. UBS’s forecast for the current quarter is one of the market’s most pessimistic, at a time when uncertainty surrounds whether mainland China will ease its lockdown measures.

UBS analysts led by Grace Chen said in a report on December 1: “It will be important to see whether the extended arrival wait period for the iPhone 14 Pro and Pro Max affects demand. Apple and Hon Hai can solve the problem. The speed of the Zhengzhou issue is the key to production in the fourth quarter of 2022 and the first quarter of 2023.”

Bloomberg News reported earlier this week that the turmoil at the Zhengzhou plant could result in a production shortfall of 6 million units for the iPhone Pro lineup. Apple has lowered its production target for new handsets this year to about 87 million units, down from a previous estimate of 90 million units.

UBS said Apple may ask assembly plants such as Pegatron and Luxshare that previously focused on producing lower-end iPhone models to produce more high-end iPhone models to meet demand during the year-end shopping season. Analysts said that if there is a transfer order, Hon Hai’s iPhone assembly ratio may drop from 70% to 75% this year to 65% to 70% next year.