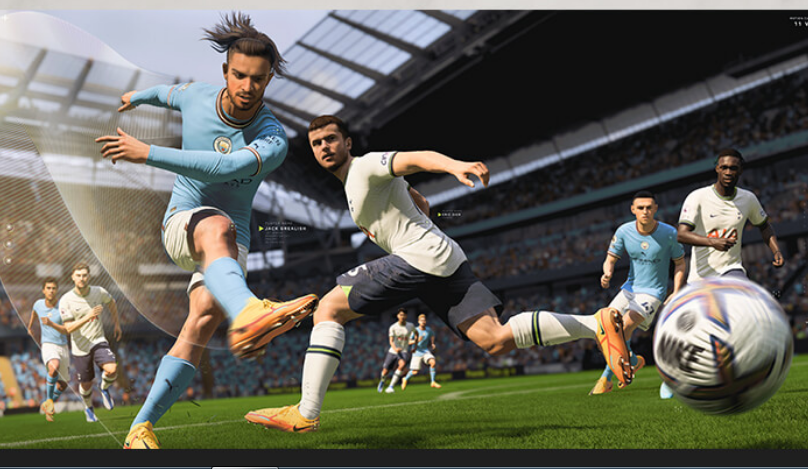 Much like my Liverpool fandom over the past 20 years, I vacillate between happily obsessive and begrudgingly bewildered with FIFA. Like Liverpool, when FIFA works like a well-oiled machine, play on the field is beautiful, slick, and drives my football-loving brain to elation with dopamine hits. However, FIFA 23 feels like FIFA 22, which was similar to FIFA 21, with additions ranging from mildly impactful to invigorating. 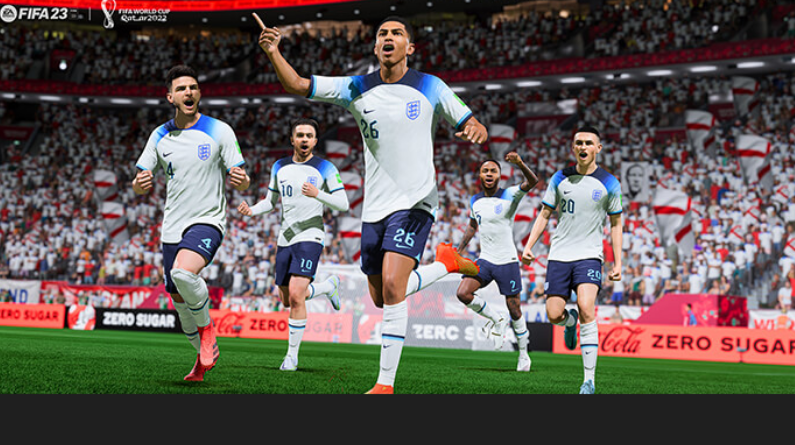 FIFA has focused on one facet of soccer for years: the attack. It’s almost arcade-like when you feel how quickly and smoothly players change pace from a controlled dribble to a sprint. Cross-field balls behind defenders for a winger to rush onto are exhilarating. The much-debated trick stick is hard to master, but even a couple of flicks can launch an audacious stepover or the famous Maradona spin to beat a defender.

EA’s HyperMotion2 technology enables more natural animations between dribbling and shooting, but it’s barely noticeable even during replays. Most goals look similar to those scored in FIFA 22, which isn’t bad. It’s just that HyperMotion2 doesn’t revolutionize the presentation, making it feel like just another yearly update that is just a bit smoother.

One positive addition this year is the ability to play “Moments” in Ultimate Team. Reminiscent of FIFA 2006 World Cup’s global challenge mode, you play different scenarios, like overcoming a two-goal deficit beginning with a penalty kick in the 70th minute of a match. These scenarios reward stars used to unlock cards like Ted Lasso and his right-hand-man Coach Beard for Ultimate Team. It’s a fun and quick way to grind for cards.

Chemistry in Ultimate Team provides stat boosts to your players if you assemble a team with players in the correct position and of the same nationality or league, and it accumulates differently this year. Players can earn up to three chemistry points, but this time, you can hit chemistry maxes with, for example, an English attack and a La Liga backline, allowing for more satisfying and creative team building.

Career mode is more robust this year, offering fun for those looking to go through a season solo with their created avatar or a real-world player. Players must complete targets set in-game to please the manager, but it still feels like only scoring and assisting matter to your rating instead of simply staying in position and completing passes. What does spruce it up quite a bit is the addition of Playable Highlights during your player or manager career.

You take control during the Playable Highlight to try to score or stop the opposition from putting the ball in the back of the net. These fun little snapshots of a match let you change a simulated 2-0 outcome to a 4-0 one, but it does make it harder to hit your avatar’s goals as you will mostly control others on the team. Off the pitch, you can sign investment deals to earn money and partake in activities to bolster your stats or earn points in either the Maverick, Virtuoso, or Heartbeat personality types. Each unlocks different skills for your player, like stamina or volleying ability, based on whether you prefer dribbling, passing, or shooting.

Adding women’s club soccer is long overdue, but it doesn’t bring the attention it deserves. You have a scant number of national teams, plus the professional French and English leagues, for use in classic matches, seasons, and cups. However, they aren’t in Career or Ultimate Team, meaning if you were hoping to pair up Alex Morgan and Jordan Pefok on your FUT squad, you’re out of luck.

There’s a famous saying from former footballer Gary Lineker that “football is a simple game – 22 men chase a ball for 90 minutes – and at the end, the Germans always win.” I want to make a similar assessment of EA’s yearly soccer game: FIFA 23 is a good game – it’s flashy, fun to play, and has a lot of modes – but in the end, you realize it’s mostly the same game you’ve been playing for years.

If you face any problem in Running “FIFA 23” then please feel free to comment down below. In conclusion, to sum up, in short, we will reply as soon as possible.