Australia‘s Minister of Communications, Fletcher said today that the authorities are considering a series of measures against social media giants to make them take greater responsibility for defamatory content posted on their platforms.

In an interview with the Australian Broadcasting Corp, Paul Fletcher said: “We expect major platforms to take a stronger stance. For a long time, they have not been responsible for the content posted on their platforms, nor have they Be held accountable.”

Fletcher pointed out that the authorities are considering the above options and the extent to which users are responsible for publishing defamatory content on websites such as Facebook and Twitter.

Asked whether the government Examination consider for publishing defamatory content, dishing out fines to community legislative platform, Fletcher said the government was considering “all kinds” measures.

Fletcher said: “We will consider this. We will start a rigorous and orderly (policy formulation) process. It is expected that through many measures, sanctions that believe that posting (defamation) content on the Internet can be exempt from liability idea.”

Australian Prime Minister Morrison recently criticized that social media is “the palace of cowards” because everyone can enter the platform and say the rudest and offensive words without being punished. Morrison also said that when unidentified persons make defamatory remarks on the platform, the social platform should be regarded as the issuer. This remark intensified the current defamation law controversy in Australia.

The Supreme Court of Australia ruled last month that the news media should be held responsible for the defamatory comments made by users of social platforms under their reports. This ruling triggered a confrontation between Facebook and the news media. 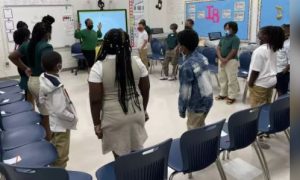