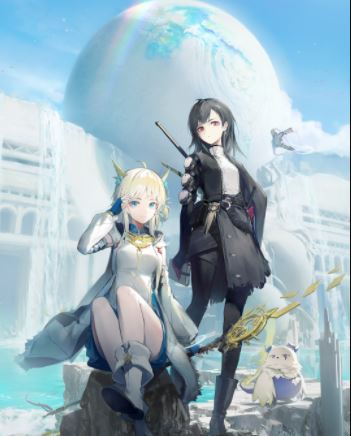 Arknights”, has announced the game “Exastris” for smartphones

Hypergryph, who is also famous for working on “Arknights”, has announced the game “Exastris” for smartphones. This work is the company’s first 3D RPG, and it is a work that can be enjoyed as a purchase-only type.
The stage of the game is a planet divided by a ring-shaped storm. It is inhabited by intelligent races that are very similar to humankind, and investigators from Earth continue their journey to record the fire of an unknown civilization on this planet. Players continue their adventures here with their unique companions gathered for their respective purposes.

Arknights has announced the game Exastris for smartphones

In terms of story, it is a royal road style that fuses the elements of science fiction and ancient civilization. It also includes an element that seems to satisfy intellectual curiosity, such as unraveling and exploring the message that appears on the wall.

This work uses a game that combines exploration and turn-based strategy battles. Currently, it is in the early stages of development, but it is planned to finish it so that the exploration scene and battle can be switched smoothly. If this is realized, it will be a feature of the game that there is no sudden feeling of suddenly entering a battle.

In addition to that, there are action elements such as defense, defensive counterattack, skill selection and combo, and hit effects are also entertaining in terms of production. There is a sober image when it comes to turn-based battles, but the battle scene in this game seems to have an exhilarating feeling like an action game, partly because the production is flashy.

The UI adopts a design that fuses fractal and geometric figures with the lithographs of ancient civilization. Of particular note in terms of art is the way it is expressed. Scenes and 3D characters use PBR (Physically Based Rendering) that reproduces the light of the real world and NPR (Non-Photorealistic Rendering), which is the exact opposite of that, so that it becomes a two-dimensional expression while being in a three-dimensional world. I have to.

For example, the hair effects, the metal and leather of the costume, and the movement of the cloth are realistic, but the character itself looks two-dimensional. Therefore, the characters that appear are also in an anime-like style, and one of the features is that it is easy to embrace emotions.

Attempts are also being made to create a better visual experience. Lightning has been optimized to change the light source in real-time even though it is a smartphone game. You can also enjoy realistic expressions such as the halo effect when you look directly at the sun.

As I mentioned a little earlier, it is still in the early stages of development and is in the process of verifying the technique system. In the future, a system for enhancing training play will be added. Here, not only will you be able to record and nurture skills, but you will also be able to customize the skills themselves by combining various elements.

In addition, skills for enjoying lifestyles such as alchemy and cooking will be added. By making the food and tools you like, you can experience a play that enriches the content and story. Anyway, there are still many unclear points about the game, so stay tuned for more updates!