Amazon Avoids Fines and Other Penalties in Warehouse Collapse

Amazon Avoids Fines and Other Penalties in Warehouse Collapse

A recent investigation of the circumstances surrounding the collapse of an Illinois warehouse by the Department of Labor revealed several issues. The company avoided fines and other penalties by using contractors, and the company’s cell phone policy was also questioned. In addition, Amazon’s approach to unionization was also raised. In light of the findings, the company is facing questions about its workplace policies and practices, and the impact of its sweeping expansion plans on the company.

After the devastating storm that struck Illinois last December, the building at the Amazon fulfillment center buckled under the weight of the building. A tornado had left a death trail of 200 miles. While Amazon is defending its response to the storm, workers say the company failed to follow safety protocols. They also say they were threatened with adverse employment consequences or termination. One worker, Larry Virden, texted his girlfriend after the collapse to let her know that Amazon would not let him leave.

The company changed its policy to allow its workers to take time off in the event of bad days. It said it had been considering this policy for several months. A spokeswoman said the change was meant to support its customers and give workers a safe job in an emergency. While it’s unclear what the company’s exact reasoning was, Givan says that Amazon should put its workers’ safety first and communicate with customers when delivery times may be delayed. However, this is unlikely to happen since the company does not directly employ many of the workers who work in the warehouses. Instead, Amazon uses contractors to help it avoid these concerns and questions about scheduling workers.

The Amazon warehouse collapse has prompted an intense public scrutiny of the company’s relationship with its employees. In addition to workers’ complaints, the new administration’s labor-friendly policies put Amazon in the spotlight. The company is a major employer and has ambitious growth plans. But the company’s management has repeatedly denied that the warehouse collapse was a result of poor management. Despite the criticism, the company is still facing fines and penalties.

The Occupational Safety and Health Administration (OSHA) sent a Hazard Alert Letter to the company after the deadly warehouse collapse in Illinois. The tornado killed six people and critically injured another. The investigation also highlighted the risks for workers during severe weather emergencies. As a result, OSHA recommended the company update emergency plans and safety procedures to ensure employee safety. Amazon said it was already conducting more safety drills.

After the tragic explosion at an Amazon warehouse in Edwardsville, Illinois, employees are questioning the company’s cell phone policy and whether it is necessary to implement it again. The ban on cell phones could prevent workers from accessing important safety information and contacting their loved ones during emergencies. Most colleagues would prefer to keep their phones on for such situations, but the company has to meet productivity goals.

Amazon’s cell phone policy has been a controversial issue since the company is facing stiff fines and penalties after the Illinois warehouse collapse. The company has recently relaxed its no-phone policy, and workers are worried about the lack of safety alerts and communications with loved ones during such disasters. While the company has not been held liable for the Illinois warehouse collapse, a spokesperson for the company says that employees are allowed to have cell phones.

In the past, an Illinois warehouse collapse led to the death of six workers and the injury of forty others. OSHA cited workplace conditions as a factor in the disaster, including inadequate lighting, unreliable telephone service, and unsafe equipment. Amazon’s EAP, which includes a section for severe weather emergencies, didn’t provide specific instructions for the Edwardsville facility. OSHA urged Amazon to make changes to its cell phone policy, citing workplace conditions and safety concerns.

On CNBC, senior vice president for global corporate affairs, Jay Carney, defended the company’s cell phone policy. He argued that their zealous compliance practices are part of the reason their injury rates are high. The company has been criticized for exploitative labor practices in the past, and the company’s policies will surely be scrutinized after the tragedy.

The company has a written policy explaining its cell phone policy. Its managers had issued a tornado warning to employees just 10 minutes before the tornado hit. The tornado struck at 8:27 p.m., and workers took refuge in the southern restroom. The building was built of concrete walls, and there is no basement. However, OSHA inspectors found that the employees had no knowledge of how to activate the shelter-in-place procedures and were unable to recall the drills.

While OSHA has recommended that the company implement more safety measures, the online retail giant did not respond to the letter. The company also did not include the location of a designated shelter-in-place in its emergency plan. As a result, some employees may have been unaware that the designated shelter was not available. And some employees did not remember where to find shelter despite being told. Further, the company failed to include the location of a designated storm shelter in the company’s emergency action plan.

Despite the fact that six people were killed when an entire warehouse collapsed in Illinois, the company has avoided fines and other consequences in the case. Amazon was required to evaluate its Emergency Action Plan after the collapse, which was caused by a tornado. Occupational Safety and Health Administration investigators said that the warehouse’s severe weather emergency procedures had failed to meet basic guidelines. The investigation concluded that several hazards were responsible for the collapse, including an inaccessible megaphone. Other problems with the warehouse included an emergency shelter that was not easy to find.

The collapse was caused by a tornado that hit the warehouse last year. Despite being aware of the dangers, Amazon workers had very little time to prepare. When a tornado began to approach the warehouse, the company managers ordered its workers to seek shelter in the bathrooms. Some of the workers were told not to leave the building, and one of them was killed. While Amazon’s response to the collapse was far from perfect, its policy of limiting communication between employees and the outside world may be a contributing factor.

In Illinois, an Amazon warehouse collapsed and killed six people, many of them employees. It is unclear whether or not the company enforces its own rules. Some employees have raised concerns over their safety, including the lack of emergency alerts from their families or other people in their lives. The company has since relaxed its cell phone and contractor policies. They have since apologized and have agreed to change the policy.

Its approach to unionization

The Occupational Safety and Health Administration has opened an investigation into a tornado-caused collapse of an Amazon warehouse in Illinois, which killed multiple people. An EF-3 tornado damaged the warehouse, which is currently under the sway of federal workers’ rights regulators. Amazon’s spokesman confirmed that compliance officers are on site since Saturday. The company plans to investigate all aspects of the collapse.

While the House Oversight Committee launched an investigation into Amazon’s labor practices following the collapse of an Illinois warehouse, it did not make a recommendation. The investigation is focused on how the company responded to the disaster, particularly how it handled the workers. Amazon is unlikely to negotiate with the union without any serious risk. As of this writing, the company is unlikely to agree to any major contract changes.

While the company’s severe weather policies are in compliance with federal guidelines, OSHA has not issued any fines for this case. OSHA is now investigating Amazon’s policies for workplace safety, recommending updates to three contractors and recommending that the company reassesses its emergency plans. OSHA has six months to conclude its investigation. If Amazon is found to be in violation of OSHA’s regulations, it faces fines and penalties. The company is also likely to face private lawsuits and other consequences from the tragedy. 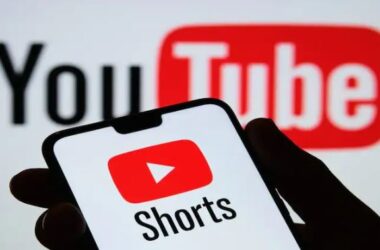 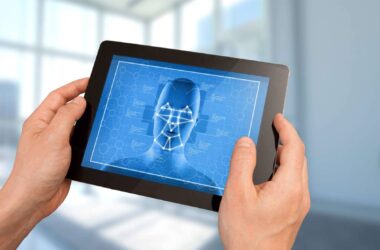 Clearview AI Forced to Destroy Facial Recognition Data of UK Residents In a recent article, the Guardian pointed…
Read More
We use cookies to ensure that we give you the best experience on our website. If you continue to use this site we will assume that you are happy with it.Ok