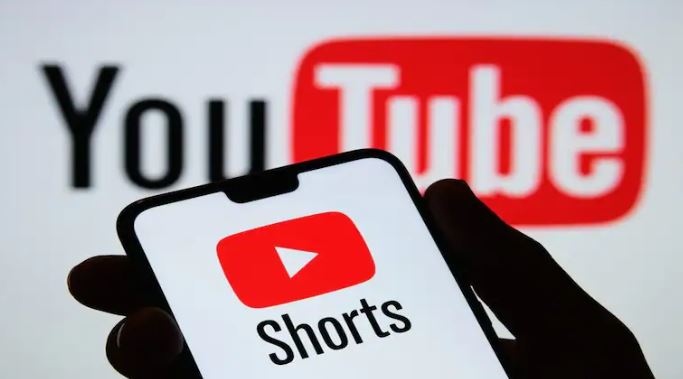 YouTube is introducing ads to YouTube Shorts, which will count as views just like regular videos. Additionally, creators can use YouTube Shorts to reach Creator Awards milestones. In addition, YouTube added audio samples and text to specific points of a video, as well as thousands of titles from more than 250 publishers and labels. If you want to monetize your shorts, here are some tips. Continue reading to learn more.

YouTube recently launched its first public version of Shorts, which was later expanded to all YouTube users. Now, the company is launching a $100 million monetization fund to help creators earn money from their videos. Those creators worried about monetization can now feel a little better as the upcoming fund is set to provide them with exposure and payouts. The program is open to everyone with just a few user-related guidelines.

Although the YouTube Monetization Fund is only a small part of the overall YouTube program, it will provide creators with an initial step toward monetization. It will reward creators of successful Shorts with cash rewards ranging from $100 to $10,000. Each month, thousands of creators can apply for a prize. To be eligible, you must comply with YouTube’s Community Guidelines, post regularly, and have an AdSense account. Remember, you can’t run ads on your shorts, however.

Creators of YouTube shorts will receive payments of up to $10k per month if their videos get the most views. YouTube plans to pay out $100 million in the coming year, but how much it will actually pay out will depend on how popular the videos are. With the growing popularity of YouTube Shorts, the fund will be a great addition for creators who are looking for a way to monetize their videos. The new program is a work in progress, but it has already begun to expand to the rest of the world.

While YouTube Shorts may not be as popular as TikTok, they will still be a huge part of the YouTube ecosystem. These videos may even attract users who wouldn’t normally watch YouTube. While the company is trying to create a new product, YouTube has always been on the lookout for ways to maximize the value of its videos. As a result, YouTube is adding more monetization features for creators of shorts.

If you are a professional YouTube creator, you might want to start focusing on Shorts to make money. YouTube currently doesn’t generate revenue from these videos. Therefore, it is crucial to give creators incentives that make it possible for them to monetize their videos. As the YouTube Monetization Fund is slated to launch soon, creators should start focusing on improving their short videos and preparing for the potential for it to be profitable.

YouTube has recently launched a new feature called “Super Chat” which allows users to monetize their videos by allowing viewers to donate to a creator’s account. Users can choose an amount from five to fifty dollars and can remain pinned for as long as two minutes or up to five hours. However, creators may be concerned about the impact of this new feature on YouTube ad revenue. Here are a few things to consider:

This feature is aimed at allowing smaller broadcasters to increase their output and expand their reach by introducing ads. Livestreams encourage more viewer interaction and are more likely to receive donations via the Super Chat. Make sure you advertise your livestream on YouTube and social media to gain as many viewers as possible. You might even consider a Super Chat yourself! In the end, it’s up to you to decide if you want to make it work for you.

YouTube creators have access to moderation tools, which allow them to blacklist words or ban harassing viewers. However, you might have to be patient as YouTube isn’t the fastest when it comes to flagging inappropriate comments in videos. You can even use the chat stream to test out ads and see if they are relevant to your audience. Once you have your marketing plan in place, you can then begin placing ads to increase your YouTube Super Chat earnings.

Creators with 10,000 subscribers can now launch live streams on YouTube. The company plans to roll out the feature to a larger user base in the future. YouTube Super Chats have another exciting feature: viewers can now pay to pin comments during live streams. Super Chats can last anywhere from two to five hours, and fans are able to interact with the creators while earning money in the process. This new feature could mean big changes for YouTube content creators, so make sure to prepare for some new changes.

YouTube shorts may be a natural fit for TikTok ads. The short video format allows users to post videos up to 60 seconds long. While YouTube shorts are not entirely like TikTok, the format can help advertisers reach younger audiences. The format also has an established niche in news consumption. YouTube shorts will be easier to insert a video into than longer ones. As long as the ads are well placed, viewers may not notice the change.

If YouTube is looking for a way to better align itself with user trends, the Shorts platform is the best place to start. The platform will publish a Shorts Report every month to gauge the success of videos. Many popular Shorts include dancers, people performing pranks, and people demonstrating products in creative ways. One popular product-focused clip is of a person sharpening a knife, which has garnered millions of views.

Like YouTube native video ads, Google will soon be launching a similar version for short videos. In fact, YouTube has already begun testing its own shorts format. YouTube has reported a 49% increase in ad revenue in the first quarter of 2021. But attribution will be difficult, especially since these ads will be shown between videos. Besides, the format is different than the format used by TikTok.

While YouTube Shorts are becoming an integral part of YouTube, they are not a traditional social media app. The videos are integrated throughout the platform, appearing as side-scrolling vertical video shelves. Unlike regular YouTube videos, the format has different metadata, making it difficult to monetize the content. YouTube is a social media site, but the format of Shorts doesn’t fit into that.

You can now post a 15-second video ad on Instagram Reels. The key to making your Instagram reel appealing to the masses is keeping the message brief and concise. You should also ensure the video’s file size and aspect ratio are optimal. As Instagram reels are short and engaging, you can also make use of multiple cuts. Here are some tips on making an ad that works well on Instagram.

First, the ads you create will be vertical and have an aspect ratio of 9:16. You can even select which videos will be viewed, and for how long. They’ll be delivered only to the IG Reels, and you can also set a budget for the video’s duration. It’s also possible to customize the video for a specific audience, and it will only run during certain hours and in specific locations.

Next, you can use Instagram Reels ads to target audiences that aren’t following you on the platform. Instagram Reels ads are a great opportunity to showcase your brand’s creativity while engaging your audience. As an additional benefit, you can test the ads to see how well they work. You’ll need an Instagram Business account to access the Ads Manager. You can also use Instagram’s video feature for testing purposes.

In addition to the new feature, Instagram Reels can now record up to 60 seconds. Instagram first extended Reels from fifteen seconds to 30 seconds last September. Other video-sharing services such as TikTok and YouTube Shorts have the same limit. Ultimately, Instagram Reels will allow brands to share their content with followers while generating interest in their products and services. This will allow brands to create short videos for their products and services and have them be discovered in Explore by users.

To make the most of your ad campaign, use a combination of images and text. Aside from the right images, you should also incorporate creative aspects. Since ads in Reels are designed to be short and visual, you’ll need to be creative and eye-catching. Unlike other ads on Instagram, you won’t have a headline and main body text. Depending on your audience, you can write an ad that is as short and creative as possible. The first two lines of text will be visible, but only the first two lines will be shown in the Reels ad. 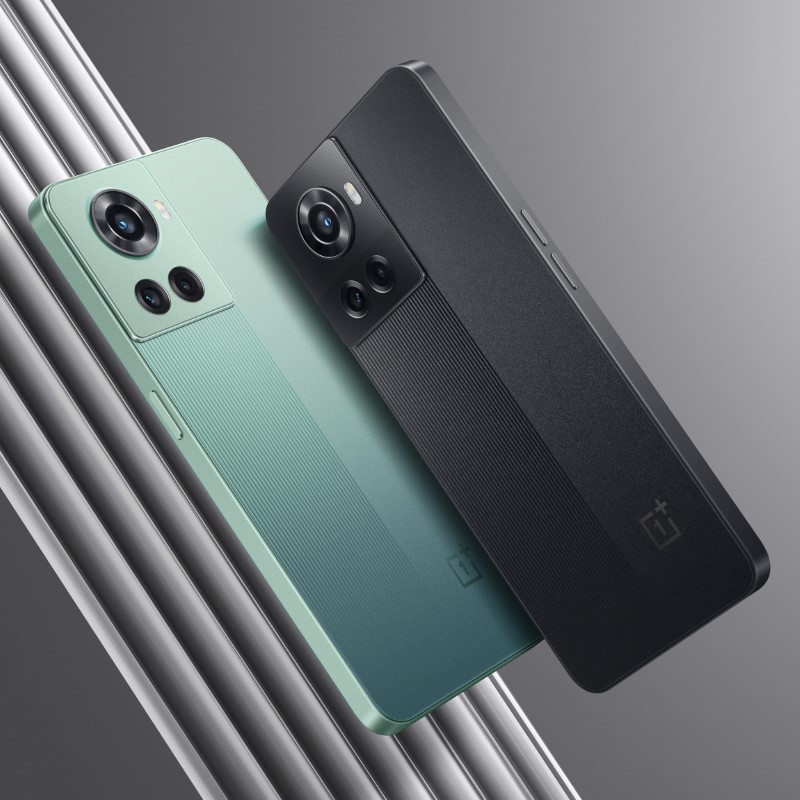 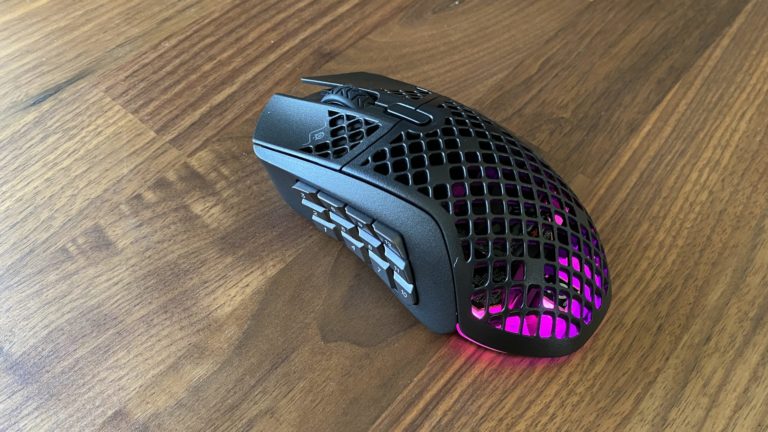